August 03, 2021
I love visiting the Lake District, having been dozens of times over the years, but I can count my visits to Kendal, the town that lies at the southern tip over the area, on the fingers of one hand. So I decided to go along to check out the beer and pub scene.... 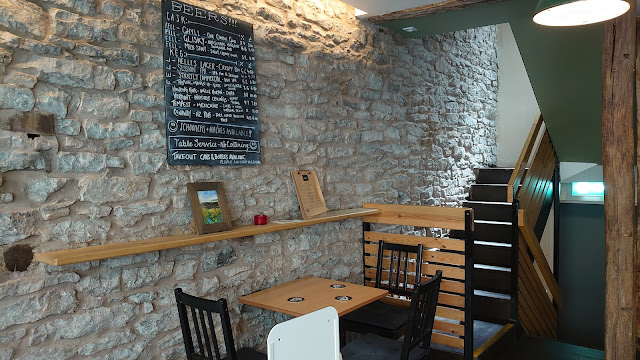 I had never really considered visiting Kendal for the day. In fact, embarrassingly,  I had only found out recently it had its own railway station, but then a recent blog by Martin Taylor suggested it might be worth a visit for its pubs. It is also home to the new Lakes Brewery, formed by some of the old brewing team at Hawkshead and so with a few other breweries based in and around the town it suggested there is maybe something happening in this corner of the South Lakes, although I learnt during the day that other than a few collaborations with other breweries, Lakes haven't really got going yet.
I caught the train from Halifax to Preston, then changed and caught a Pendolino heading up the West Coast Line to Glasgow Central, alighting at 'Oxenholme Lake District' as the signs on the platform say. From there, the journey takes 4 minutes to Kendal via the service that goes to Windermere. The station is a few minutes walk from the town centre, and after crossing the river Kent, I soon came across my first pub on the list, Masons Yard 24, with a number of market stalls and tables on the street outside where traders were selling fruit and vegetables.
This is a smart, modern, bistro-like bar with 6 beers available on hand pump, with the entrance being situated down the side as you enter one of Kendal's many yards. There was a friendly atmosphere as I walked in, with some good-natured banter between the staff and a couple of guys stood at the bar. I spotted a favourite from these parts, Cumbrian Loweswater Gold was available on one of several hand pumps on the bar. I ordered a pint, went to sit on one of the tall chairs opposite the bar to enjoy it, and very good it was too (NBSS 3.5). It was a promising start to the afternoon. 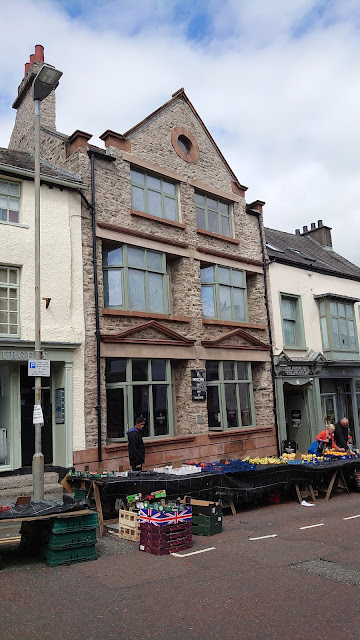