I visited York twice in a week recently, firstly to watch some cricket, then with a follow-up trip a few days later to take in a number of the city's pubs.... 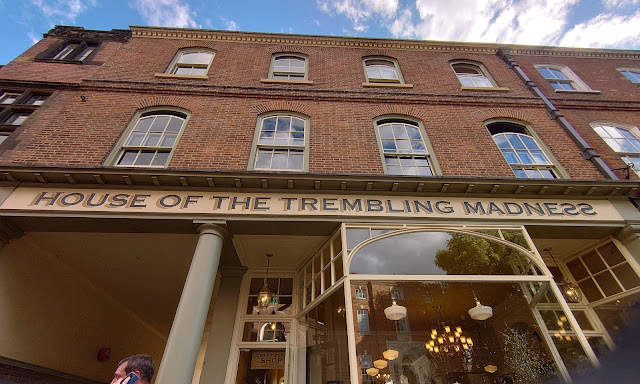 York, like most of the rest of the country, has been basking in sunshine over the past couple of weeks, and so both my visits over that period were greeted by blue skies and high temperatures. First up, it had been a visit with some friends to the York Cricket Club where Yorkshire were playing Lancashire in the One Day Cup. The ground is situated a little way out of the city centre in the suburb of Clifton, and whilst there were buses a-plenty heading in that direction, we made our way on foot, walking beside the River Ouse through an increasingly rural backdrop. We took a turn through some fields, and the ground came into view, cricket nets, marquees, and trees ringing the field of play. We got seated in a temporary stand erected for the matches Yorkshire were playing there that week, and as the players emerged to applause from a crowd of around 3,500, the sun was beating down behind us, an accompanying wind providing some respite. Yorkshire had won the toss and decided to bat. The opening hiss of a beer can, the rustle of a packet of crisps, followed shortly by an appeal from the Lancashire side, and a wicket was down. And so it continued, Lancashire gaining the upper hand over the course of the day, and a few hours later duly won the match by 7 wickets. A disappointing result for followers of the White Rose, but overall it was a most enjoyable and chilled day watching cricket in a lovely setting. 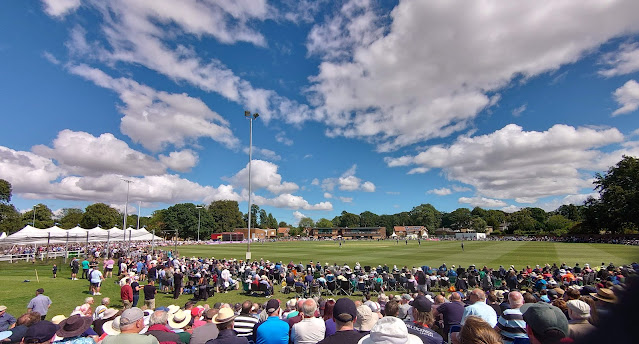 Looking great in the sun: York Cricket Club, Clifton
As expected, the beer at the ground was not of interest, so although we'd had a can or two of craft ale we'd brought along, we needed to address our after the match beer requirements, so following a walk back along the Ouse into the city centre we paid a visit to a few of the fine pubs and bars the city has before catching the train back to Halifax. And having enjoyed that post-match wander with the guys I decided that on my next free day I would head back to the city and have a more in-depth tour on my own.
It was even warmer when I caught the train a few days later from Halifax. The journey took just over an hour, and it was round about noon when the train pulled into York Station. I decided I would get myself acclimatised with a pint at York Tap, situated in the station, and brought to you by the same people who run similar enterprises at Sheffield and Harrogate. Mind you, it has been something of a regular stop-off point for me of late, what with two visits when I changed trains when visiting Malton recently plus a visit after the cricket, so I almost felt on nodding terms with the guys behind the bar. Whereas I'd had a standout beer here on that trip to Malton, my choice today did not scale those heights but it was a pleasant enough 3 - if I'm kind - on the National Beer Scoring System scale. My choice was a pint of Patchwork Rocket from Firebrand Brewing, a trading name used for some beers from award-winning brewers Altarnum, based in Launceston, Cornwall. It was a pale beer but was a little lacking in distinguishing features.
It was then back out into the heat, the temperature hovering around 30 degrees, and whilst I had in mind the places I wanted to visit, I decided I would deviate from it almost immediately with The Maltings coming into sight close to the Lendal Bridge. Set on a lower road as the bridge slopes up before crossing the river, this free house is a distinctive dark-painted building that has graced the Good Beer Guide for a good many years now. It is often busy and today many of the tables were occupied. I ordered a half of Easy-Going Assassin from Roosters, at 4.3% the gentler sibling of bad-boy Baby-Faced Assassin (ABV 6.1%). Brewed exclusively with Citra hops it was a delicious fruity IPA with plenty of citrus notes, worth at least a NBSS 3.5 score, and was one of the best beers I had all day. I looked around the room; plenty of York memorabilia on the walls, 7 cask ales and 4 ciders to choose from, with many of my fellow customers tucking enthusiastically into their lunch. A reliable pub for beer, and with it only being 5 minutes from the station, before York Tap opened it was where many York pub crawls would start and/or finish. 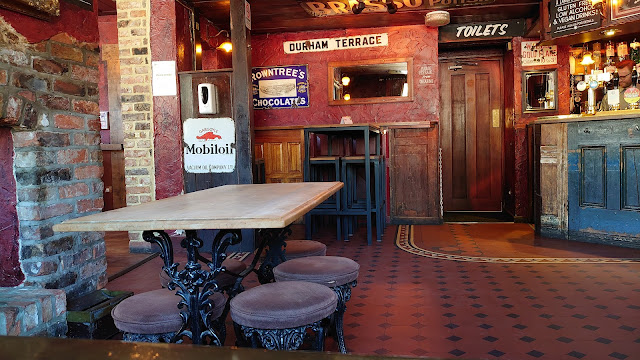 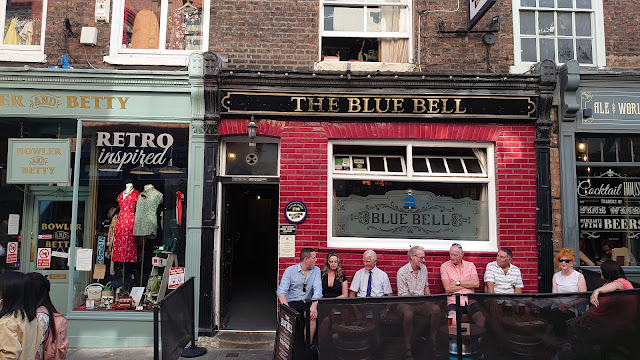 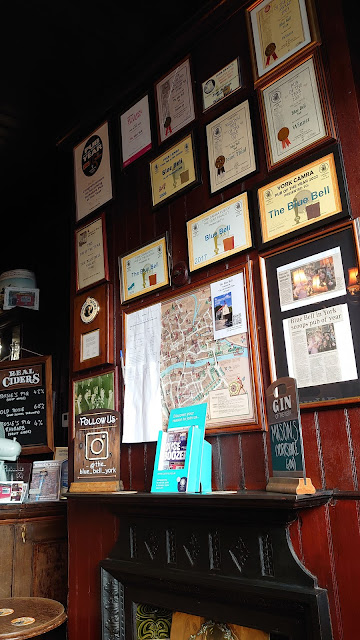 Sadly, I had to get back to the station for my train, and so I bade my farewell to John and made my way back to the station through the busy streets, this time avoiding the gridlock of the Shambles. The train to Halifax was on time, but busy. I'd had another great trip to York, but following two visits in two weeks, I think I'll leave it now until at least the autumn before I consider another visit....
Follow me on twitter: @realalemusic