I paid a visit to Elland Brewery recently to meet the new team there who are aiming to build on the brewery's heritage and develop the business. Based in the West Yorkshire town of the same name, here's what I found..... 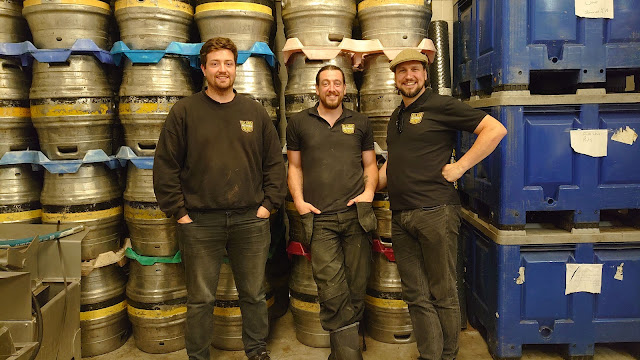 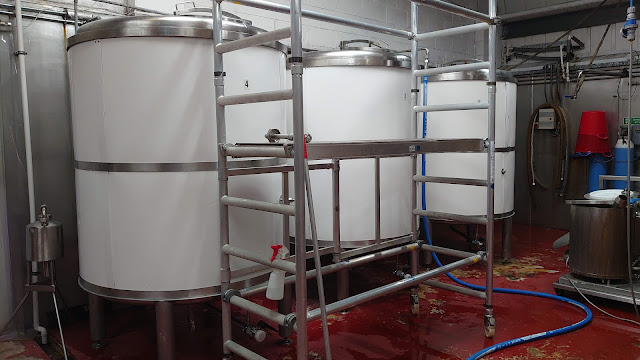 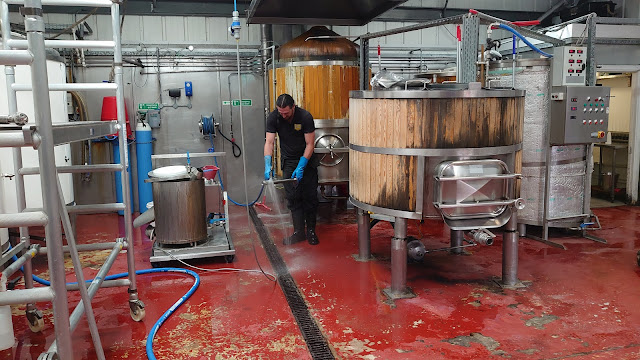 Chatting to the guys both at the brewery and afterwards, and somewhat appropriately, in the beer garden at the Barge and Barrel, where they were hoping that a recently-delivered barrel of the recently revived 'Ell And Back would be available on the bar (it wasn't) I was struck by their confidence and positive approach; Joe more considered and measured, whilst ideas were fizzing from both Hutch and Trigger who over a pint also disclosed their mutual interest in fire-breathing and other circus tricks. It will be interesting to see how things develop as all three of them aim to breathe new fire into the Elland Brewery, but based on a couple of hours in their company it looks likes another interesting and positive chapter in the history of the brewery is beginning....
I wish them every success.... 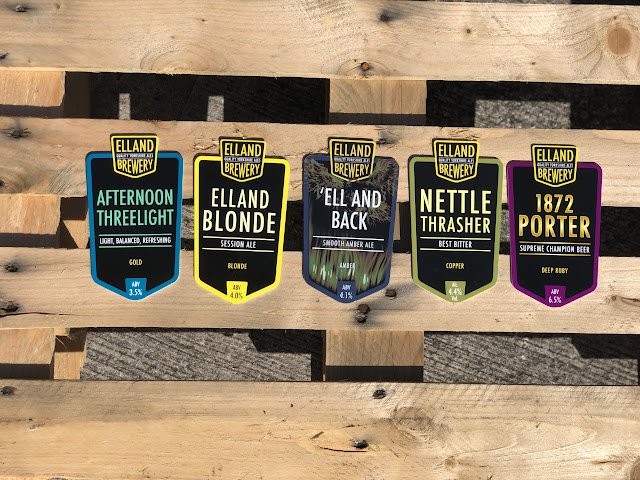