News was circulating the other day that popular Manchester-based brewery Beatnikz Republic had ceased trading. Very sad news, but in the light of the current cost of living crisis will there be further bad news for pubs and breweries? Here's some thoughts... 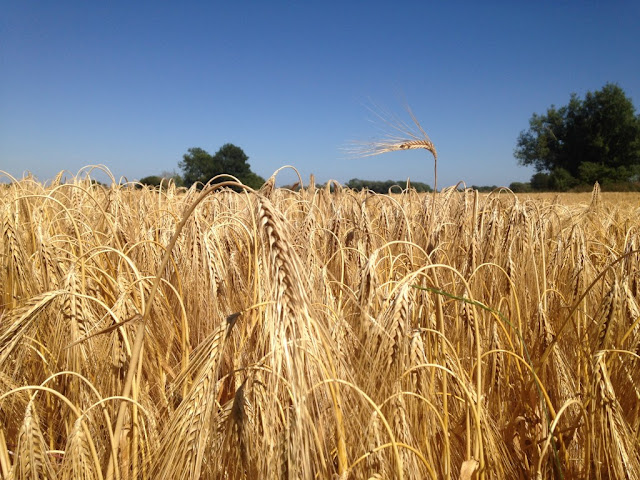 We have sadly become accustomed to pubs closing for good on a regular basis over the years and no doubt we can all cite plenty of examples in our own areas of many that have been sold off and converted to other uses, some housing, others offices, shops, restaurants, whilst some have been razed to the ground for the sake of one building project or another as others lie empty, awaiting their fate. Indeed, I passed one of those, the Jolly Angler in Ancoats, when I was in Manchester the other week.
On that same trip, we called in at the popular Beaknikz Republic bar on the corner of Tarriff Street and Dale Street in the Northern Quarter. It was buzzing on a sunny Good Friday afternoon and we enjoyed some good beer, me on a favourite of the Beaknikz Republic stable, Beach Bum, an American Pale Ale, served in a barrel glass from the hand pump. And then a couple of weeks later, a message appeared on their Twitter Feed from Paul Greetham, their CEO:
"It’s with great sadness that we announce that Beatnikz Republic Brewing Co. has ceased trading. It has been a painful decision, but the right one. It’s an incredibly sad time and closing is something we never wished we had to do.
There are a number of reasons why we’ve had to make this difficult decision. We tried our best to make it through COVID, but the negative impact over the last two years has proven too much. From the initial shock, to constantly starting/stopping production due to the various lockdowns, to lower sales this year, the financial implications have been disastrous. Our ability to export in volume had also reduced due to increased transport costs; and now with increased utility, ingredient and packaging costs, it’s simply not possible to continue".
Paul went on to thank his team, their suppliers, and customers, and then confirmed that the Beatnikz Republic bar would be continuing to operate as it was owned by a separate company, so at least some better news.
Beatnikz Republic brewed some very good blonde ales and IPA's, but could also turn their hand quite deftly to other styles. The brewery had started brewing, after Paul had spent several years as a keen home brewer, back in 2017 in a railway arch on Red Bank, in the valley behind Victoria Station between Rochdale Road and Cheetham Hill Road that has become known as the Green Quarter, with the bar in the Northern Quarter opening a year or so later, swiftly becoming a popular place to call for both lovers of cask and craft ale. I was sad to hear this news not just because I have always enjoyed drinking their beers, but because it is very bad news for all those involved. And it set me off wondering if the demise of an apparently successful business is going to be followed by others in the industry? With so many prices going up from food to fuel to energy, there is much to be concerned about.
I decided to do a little back of fag packet research. According to the Closed Breweries page in the 2022 CAMRA Good Beer Guide, 73 breweries closed in the previous 12 months. This is actually down from the number in the the 2021 Guide, which was 107. On the face of it then, an improving picture. However, it would be wrong to read too much into these figures, as the full impact of Covid on the economy is still working its way through. Yes, with the explosion in new breweries in recent years there was bound to be some falling by the wayside, and of course, plenty well-loved breweries have closed down over the years due to the likes of brewery mergers and takeovers, often causing protests and outrage amongst their loyal customers, but I think that there is much to be concerned about in the current climate.
The cost of grain products such as wheat and barley had been increasing anyway for a couple of years, but the situation has been seriously exacerbated by the current conflict in Ukraine, a major producer of cereal crops, causing the global price to rise even further. Barley in particular is key to the production of beers and lagers. So many of our most popular beers these days use hops such as Chinook, Citra, and Mosaic which are not generally grown in this country, and with increases in global shipping rates following the pandemic, their costs have also increased. And home-grown hops and barley are not immune either, with the growers' energy, labour, and distribution costs similarly impacted. The fact that these essential ingredients are under serious cost pressures - and this is without even considering some of the more specialist hops that tend to be more expensive anyway - plus the higher energy, labour, packaging, and distribution charges the breweries are having to pay means that the price at which they sell their beer in to the trade has to therefore increase just for them to stand still. 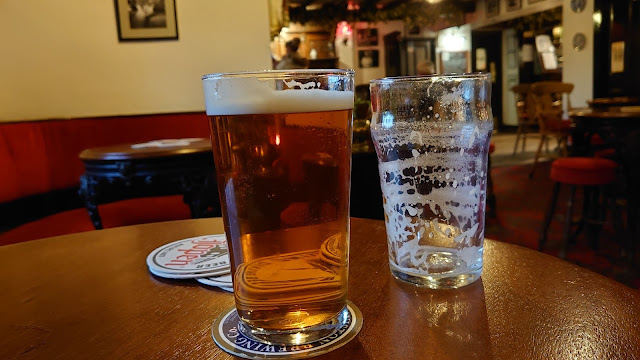 It has been quite noticeable that since the relaxation of lockdown that many pubs have reduced the number of beers on offer, particularly on cask. Whilst on the one hand this seems to have led to a general improvement in quality with less slow-moving and tired beers on sale, on the other, from a brewery point of view, every hand pump or line not used means there is demand for one less beer from them, adding to the pressures.
Over both the recent Easter and the early May Bank Holiday weekends, my experience from the places I have visited is that pubs have been busy, as have many I have visited here and there over recent weekends, so maybe I am being overly pessimistic. But... it is early days, and with the hope and optimism that the lighter nights and spring normally bring - bearing in mind we have had two years of frustrating Covid-induced lockdowns and disruption - people may well continue to go out and spend their money come what may and party like it's 1999, even though the pubs, faced with higher wholesale drinks costs, council tax, food, energy, and wage bills, will inevitably have to further increase their prices to their customers.  But it would not be a surprise that as autumn and the darker nights set in, pub-goers - already facing the steepest cost of living increases in a generation or more - find their household budgets under even more pressure and reduce their trips to the pub.
Not everyone will do as badly out of this situation. Wetherspoons and some of the chain pubs, whilst affected by the same cost increases, are in a position where, with their large number of outlets, they are able to buy in bulk and consequently pay a lower wholesale price, which they can than pass on to customers. Family operators such as Sam Smiths and Joseph Holt who have a policy of selling their beer cheaper should be in a better position. The supermarkets, with customers staying at home more, will continue to fulfil a significant proportion of the nation's drinking requirements.
However, I do fear that over the next 12-18 months, the landscape for the drinkers of quality real ale and craft beer could become increasingly bleaker as we see a spate of pub and brewery closures on a scale not seen in recent years as the perfect storm of increased costs and reduced customer numbers kicks in. And following the demise of Beatnikz Republic, there may well be other brewers, apparently successful ones, who hit the wall. And with money tighter, will the average customer be as willing to pay a premium price for a quality cask or craft ale in a pub? The concern is that for many parts of the country, choices for those that want to go out for a pint of real ale will increasingly be limited to the likes of blander, ubiquitous beers such as Ruddles Bitter, Doom Bar, and Greene King IPA, and not much else.
I hope I am wrong.
Follow me on twitter: @realalemusic