We had some welcome warm sun over last weekend, which sent many people heading off in search of pubs with beer gardens to enjoy an alfresco drink.... 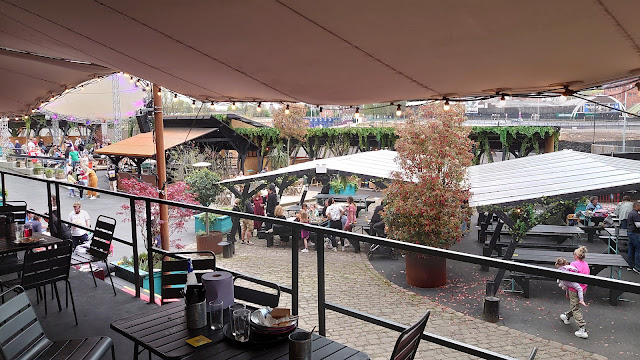 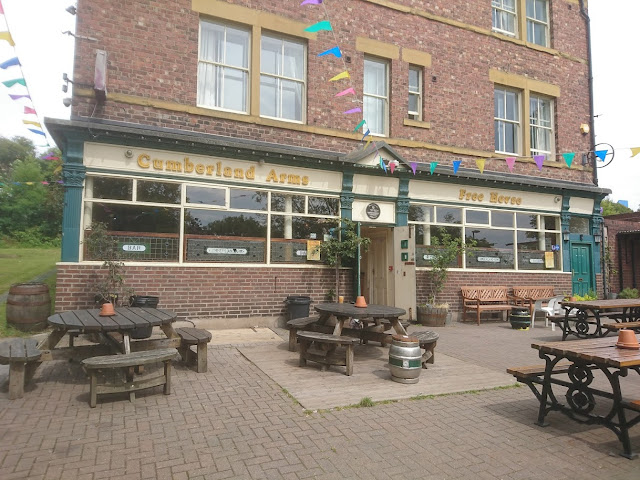 Set amidst three sides of old fisherman's cottages facing the sea, the Ship at Low Newton-by-the-sea is outwardly a fairly low-key pub set at the far right hand corner as you stand with your back to the sea.  The pub has been brewing its own beers, which are only available on the premises, since 2008 and has become a popular calling point for visitors to this area, situated a few miles south of Seahouses with the ghostly silhouette of Dunstanburgh Castle on the headland at the far end of the bay. Inside, it is a typical coastal pub whose decor features plenty of maritime memorabilia, but it comes into its own outside. There is a small beer garden, but it can get busy, with many people opting to sit on the grass out front to enjoy their food and drink. No cars other than those belonging to locals are allowed in this beautiful village, and there is a small car park a few hundred yards back up the hill catering for visitors. But despite the fact the pub is often busy, there is an innate calm about the place, and drinking a pint overlooking the sea here is a wonderful experience.
So there's a few places where I have really enjoyed an outdoor pint over the years, and that is not to say that when the mood and weather takes me I am not happy to drink outdoors at many of the pubs close to where I live, many of which have got some great spaces in which to enjoy some sun. But, as I said earlier, these days I find that I tend to prefer to enjoy drinking my pint indoors, whatever the weather....
Follow me on twitter: @realalemusic