A return after several years to the so-called 'Gateway to the Dales' as Skipton likes to call itself, with the inevitable visits to some of the North Yorkshire market town's drinking establishments.... 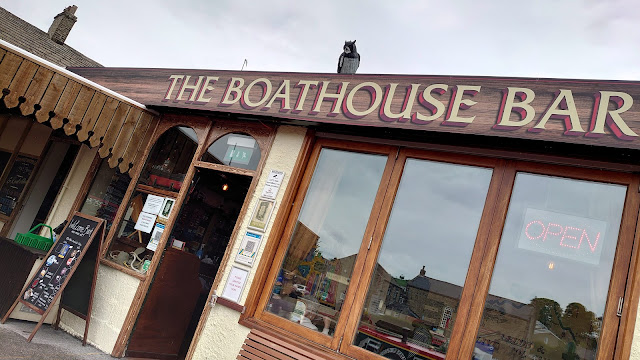 I was chatting with a couple of friends one day last week and I said that given my post-retirement working routine I was planning to use one of my days off during the week to have a day out somewhere. I said I hadn't anywhere in mind for my next jaunt and they suggested Skipton, a place which I hadn't been to for years, and I quickly decided that I would take them up on their suggestion.
So Friday came around and I got the train from Brighouse into Leeds and then a quick platform move to catch a Morecambe-bound train which called at Skipton en route. I emerged from the train which had a mix of travellers including walkers heading for the Dales and holidaymakers with suitcases heading to the coast, recalling the time when Morecambe was known as "Bradford-on-Sea", such were the number of visitors from the West Riding.
I noticed a path opposite the entrance to the station which appeared to lead to a canal towpath and decided that would likely provide a more pleasant walk into town, which it did. And it took me right to the canal basin, which was the location of one of the places I had targeted for a visit, The Boathouse Bar, which also happened to be the only one of the town's three CAMRA Good Beer Guide pubs that I hadn't visited before.
A shack-like single storey bar came into sight as I approached the basin and I had to leave the canal and its benches filled with fish-and-chip-munching visitors in order to get to it. I crossed over a bridge, turned left, and then followed a narrow path along the other side of the canal which took me there. Most of the tables under a canopy outside were occupied so as it had started to drizzle I ventured inside. The attractive wood-panelled room was bereft of people but could hardly be described as quiet as there was a rather loud soundtrack featuring mainly 70's and 80's stuff like Fleetwood Mac, Dire Straits, and Kenny Loggins blasting out of the speakers. The room was very nicely decorated in a kind of canal-chic with memorabilia and black and white photos on the walls. A large map featuring the Leeds-Liverpool canal adorned one wall looking down on my only companions, two large teddy bears, sat quietly at a high table. Large cushions were scattered around and there was a wood-burning stove in one corner. 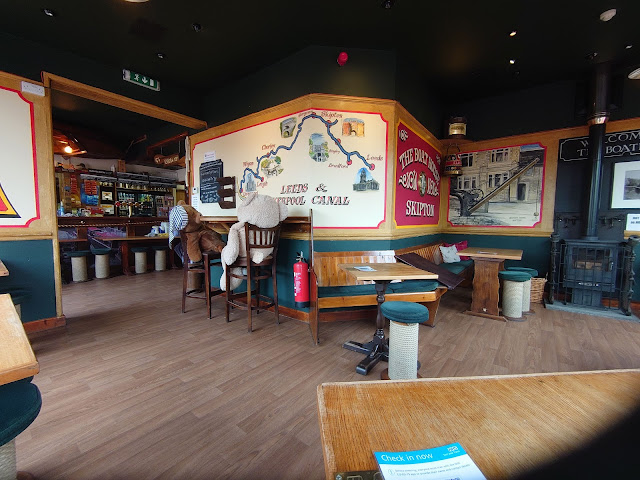 I ordered a pint of the house cask beer brewed by Wishbone, which was pleasant enough, but when it came to pint numero 2, I followed the lead of a lad who had recently sat a nearby table and went for a pint of Vocation Heart and Soul. Good decision, it was in excellent condition and if I had been awarding a National Beer Scoring System (NBSS) score (I wasn't) it would have got at least a 3.5. It, and the one that followed before I left, were to be the best beer I had all day. It was a pleasant hour that I spent at the Boathouse, good beer, friendly service, and a lovely decor and setting. If only the music had been a little quieter and a bit more eclectic; the music was to be bettered quite considerably by a couple of my subsequent calls.
Next up was a re-visit to a place I had called in on my last visit and not long after it had opened. This was the Beer Engine, a micro pub set in a side street a few minutes' walk from the marina. I walked in a sat at a table opposite the bar. A few of the tables were occupied, and as I remembered from my previous visit, barrels of beers and boxes of cider were stored neatly underneath the seating due to lack of space. The bar is tastefully furnished and decorated with old signs and photos, with the hum of the conversation adding to a timeless feel to the place. I ordered a pint of Roosters Yankee from a list of 5 cask-conditioned ales chalked up on a board, with cans and bottles also available. I asked the lady who served me how long the bar had been open. About 6 years she thought (I later found an photo I had taken of the bar on my last visit to Skipton dated December 2014). The beer was refreshing (NBSS 3) and I sipped it slowly over a very chilled half an hour. 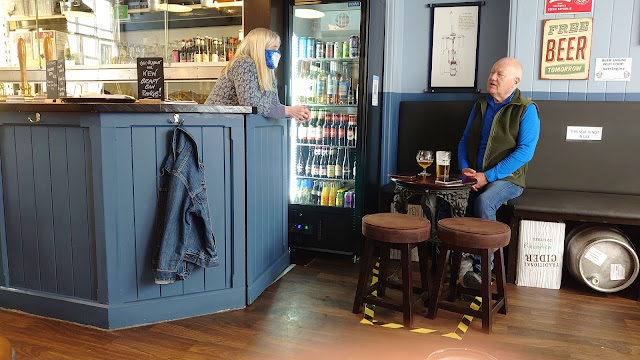 A few minutes walk away up another side street was the Narrow Boat, a pub I had been in several times over the years. It is run by Market Town Taverns which in turn are owned by Isle of Man-based hospitality group Heron and Brearley. One of the other companies in the group is Manx brewers, Okells, and I ordered a pint of the 3.6% MPA, which is a pleasant session beer which I rated as a NBSS 3 on this visit. I sat in a dark wood panelled room which had a gallery above the bar. There was a mix of craft and keg beers available I noticed. Apart from the beer, what stood out on this occasion was the quality of the soundtrack; The National, War On Drugs, and Arcade Fire all featured during my visit. Top stuff.
I was getting a little peckish so I headed off to a well-known Skipton institution J.Staniforth. This is the famous butchers situated close to the castle which serves wonderful warm pork pies for the amazing price of £1.30 and which need eating with care else the juice from the pie will run down your chin. It was absolutely fantastic and if you are a fan of traditional pork pies it is an essential place to visit. 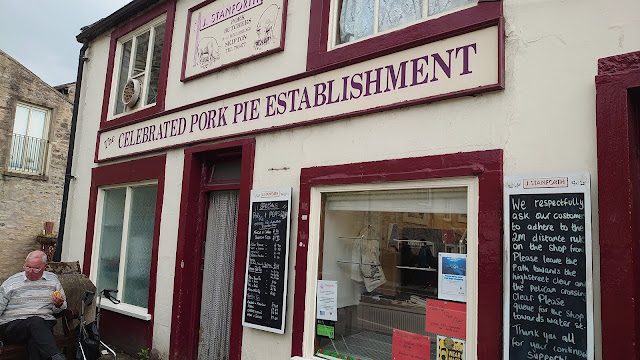 I walked up to the castle and past the market and then another pub beckoned. This ended up being the Woolly Sheep, owned by Taylors and a busy hotel majoring on food. I was shunted into a cluttered side room  where I sipped an expensive half of Landlord (NBSS 2.5) betwixt a couple eating food and a pleasant couple with a friendly but intrusive black labrador. I supped up, made my excuses and left at the first opportunity as it was such an unwelcome contrast to the places I had visited earlier, And for a long-established company like Taylors it was not a good advertisement.
35 minutes before the train so I had just  enough for one more place. I found the Sound Bar on the road back to the station, a bouncing place with Northern Soul and other great music being played by a DJ. It is basically a record shop with a bar at one end. I ordered a half of some blonde beer the name of which I never found out and went for a browse around the racks of vinyl. Plenty of second-hand gems across many genres. I bought a brand new copy of Iggy Pop's Lust for Life which is one of my all time favourites. I paid the guy behind the counter who just happened to be the DJ and finished my beer. I loved the Sound Bar, ok the beer was nothing special but I loved the concept and atmosphere of the place.
I wandered back to the station, having enjoyed my afternoon in Skipton, and decided I wouldn't leave it another 6 and a half years before I visit again.... 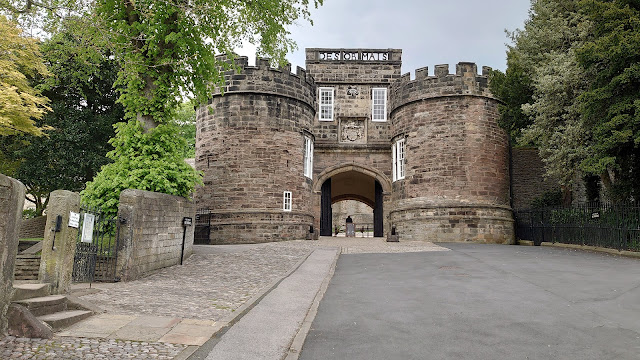