June 18, 2021
A legendary Calderdale pub re-opened its doors a few weeks ago. As a former regular, like many others I have been to check it out. Here's my thoughts.... 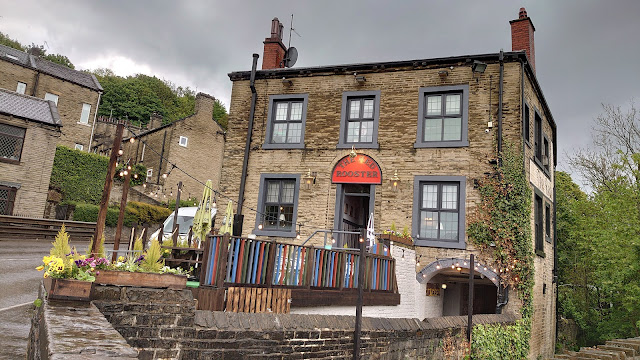 Sat on a prominent corner in Brookfoot, near Brighouse, the Red Rooster makes for an imposing sight, especially when approached from the front. Even when closed, which it had been since March 2019, it still retained its air of importance, a silent sentinel to a community it was not able to welcome through its doors.
After several months, rumours began to swirl around the area that the pub had been bought and would re-open. Nothing happened, and then we were into the pandemic, when the Rooster was in the same position as every pub that had closed because of lockdown. And then at the back end of 2020, the rumours started up again, only this time with more substance to them. It seemed a family of builders from nearby Shelf had bought the pub with a view to restoring and re-opening it, and then we were into another lockdown. However, as time moved on, there were signs of activity as work appeared to be going on inside the pub. I went past on on one of my lockdown walks and got talking to a couple of guys who were working outside. The older one asked if I wanted a look inside, and of course I did! It was looking good so far and whilst it didn't look far off finished to my eyes, there was still work to be done, and so it would be another few weeks before it opened its doors again. My guide, who turned out to be Paul the owner, said they had restored a number of pubs including the Red Lion at Silsden, and generally get managers in to run them. 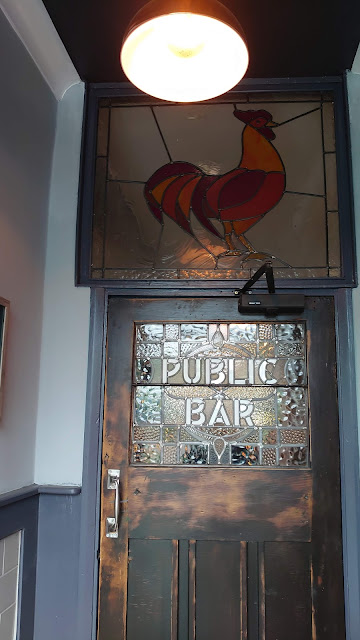 And so, the Red Rooster finally opened its doors towards the end of May, a week after pubs were allowed to serve customers again inside. I went to check it out the day it opened, after a wet Wednesday afternoon walk down the valley from home, and found the place was virtually full, with old regulars and the curious eager to have a look at the newly decorated pub, with news of the re-opening creating quite a buzz in the town. And very good it looked too, the final touches now all in place, which seems to be the consensus of virtually all of those who have visited. Many of the old features such as the main door and the traditional Oates & Green urinals in the gents have been retained and layout-wise it is virtually as it was, but it has been decorated throughout in tasteful greys, with a shiny new bar, new lighting, and upholstery, with stone flagging throughout, and new windows.
I managed to get a seat with a couple of friends and my attention turned to the bar. 4 handpumps in use, with beers from Goose Eye (Chinook and Over & Stout), Black Sheep Bitter, and one other. I ordered Chinook, which in my experience is one of the most variable around and for that reason I tend to avoid, and whilst it was ok, it isn't a beer to get me excited. Things looked up when Oakham Citra came on the next pump, and that was much more like it, a beer you can't really go wrong with. The staff were pretty hard-pressed that day due to the number of visitors but they maintained a friendly cheerfulness whilst Paul the owner and his wife walked around the pub chatting to us customers amidst dispensing warm sausage rolls.
It had been too busy to get too many photos on that first afternoon, so I have been back a couple of times since which has given me a chance to have a closer look. The main entrance now means you enter via the beer garden which has been kitted out with artificial grass and picnic tables. Steps lead from there down in to a cellar area which also has further outdoor seating alongside the wall where the Red Beck is in the final part of its journey through the Shibden Valley towards the River Calder. Planters and outdoor lighting and sympathetic paintwork add to the appearance of a pub whose owners really care about the place.
I visited again one evening this week, on what was forecast to be the last sunny day of this recent period. I sat outside in the beer garden which is still the sun trap it always was and ordered a pint of Saltaire Blonde, which I have to say was pretty good. As I sat enjoying my pint in the sunshine, I tried to sum up my thoughts about the Rooster. It has been lovingly restored, with its traditional features retained but given a modern makeover. The staff are very friendly and welcoming, it is comfortable, and a nice stopping off point mid-walk or at its conclusion. But I keep coming back to the beer. I can understand playing it safe and going for the familiar when first opening and not knowing how things will go. 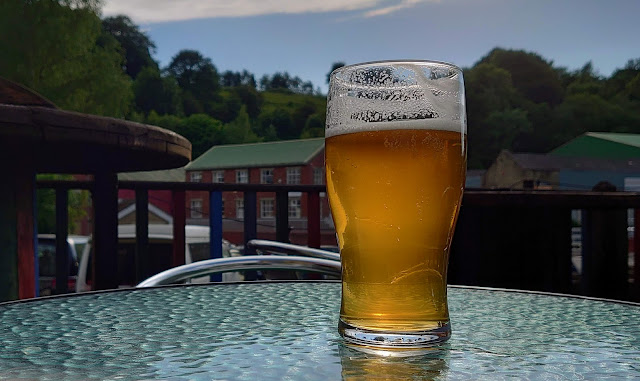 I think ultimately I am not quite sure what market the Rooster is aiming at. It is not a food pub and the lack of nearby parking and limited bus services  means it will be harder to attract passing trade, particularly in the depths of winter when the incentive for walking out there in the cold and wet is likely to be reduced. Yes, there are houses close by, but in its heyday, without local competition in Brighouse, and the pubs of Halifax having a limited choice of beers, the Rooster thrived by offering a range of beers that were not in every pub in the area, and in doing so attracted loyal and regular customers from miles around. Things move on, of course they do, but I do feel that in order to do well, it would help if the Rooster had a more compelling offer on the bar than it does at present. Virtually everyone who has been involved with the running of the pub over the years - Tom and Brenda, big Jim Wright, John and Maureen, Elaine, Eddie - understood this.  The situation now is of course that in Brighouse nowadays you have the Market Tavern, Crafty Fox, and Millers all offering a wider choice of more interesting beers, whilst the range available in Halifax continues to grow.
However, the fact that the Rooster put Oakham Citra on does show they are willing to venture beyond the current range. Maybe next time try a Vocation, a Salopian, an Abbeydale, a Roosters, all pretty safe choices, but offering considerably more interesting options in terms of range that would help to keep customers coming back once the initial curiosity has died down. Other out of town pubs without a food offer like the Cross Keys at Siddal attract plenty of customers with a good range of beers, so it can be done.
And after all, as a former regular, and given all the things that it has got right so far, I want to see the Red Rooster flying high once again.... 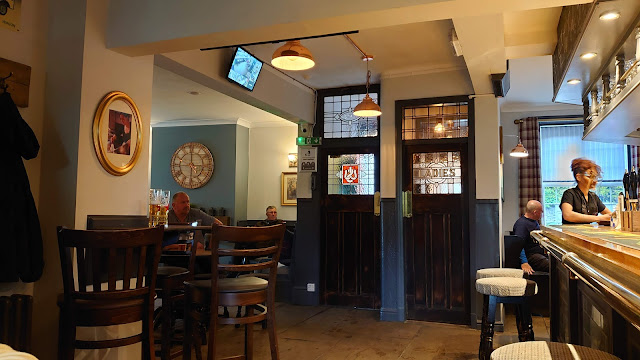