March 16, 2020
'When you have lost your inns, drown your empty selves, for you will have lost the last of England'. Hillaire Belloc. 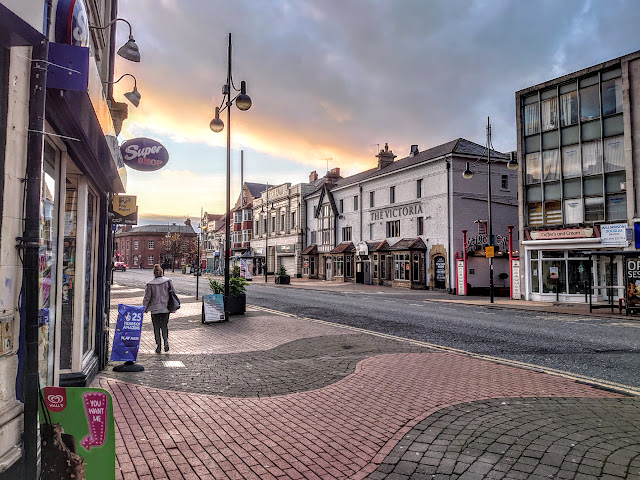 The sad news last week that Great Heck Brewery had ceased trading, following the demise in January of Summer Wine Brewery, not forgetting the 20 or so pubs that shut down every week, serves as a reminder that it is not all beer and skittles in the world of pubs and beers. And that's without the current threat posed by the Covid-19 virus which could potentially damage large swathes of the wider economy and our very way of life for quite some time.

This last weekend, a Saturday, I had a fairly routine sort of day. I called in to pick a prescription up from my chemist. I popped into the Tesco local and bought a few bits. I went to get my hair cut. I collected some dry cleaning. I stopped to have a chat with a friend. I popped in to the Market Tavern for a quick pint and a chat with whoever was in there. I called in at the local fish shop and got a fish butty to take home for lunch. I caught the bus over to see my parents. I caught the bus back into Halifax with my brother, and met the rest of the lads in the Grayston Unity for a pre-match pint. We headed across town to The Shay, where Town were entertaining Ebbsfleet in the teatime fixture in the National League, the only televised game in the country following the suspension of The Premier League and the EFL. After the game, a 1-0 home defeat maintaining Town's run of inability to perform in front of the TV cameras, we went for the post-match inquest and pint at the Three Pigeons, followed by a pint at the Lantern, and one back at the Grayston, before picking up a takeaway from the Kashmiri Aroma and getting the bus home. Yes, a fairly routine sort of day. Most of us will have experienced our own version of what may be mundane to anybody else. But it was our routine.
But...for how much longer? In a week or two, maybe even less, the majority of those fairly mundane activities may no longer be possible, as the fear of infection spreads faster than the virus itself. There is an eerie sense of inevitability abroad, the kind that fuels a desire to empty the supermarket shelves of toilet rolls, pasta, and non-perishables. Hatches are being battened down as the long haul is prepared for.

And meanwhile, what happens to our pubs, our restaurants, our local shops, our small businesses? From the regular foot flow of customers spending their money, reduced to a trickle or even stopped. For the small enterprise, further down the line, with nobody buying their goods, or supplies of essential raw materials disrupted by travel restrictions. With no money coming in, no money going out, and nobody getting paid, closures will follow, and pubs and small breweries will inevitably be amongst them. The talk of asking the over 70's to self-isolate is simplistic, to put it mildly: many depend on contact with others to help with their daily lives, need contact to prevent loneliness, and isolating a particular group of society, however well-meaning, creates a dangerous precedent. Last week, after getting off the train at Brighouse Station, we called in at the Commercial/Railway. A proper example of a real community pub. Saturday nights, they often have a duo on called The Shabbycats, whose typical audience include many over-70's. For many, their only social outlet of the week.
We need to be thinking logically about the impact of social lock down and isolation very carefully indeed. What will our world be like when we come out of the other end? Will the local newsagent be open, the hairdresser, the pub? Will that favourite brewery have had to close, starved of funds? We need to stick together in all this, look out for our families, our neighbours, our friends, our local businesses, our local services. 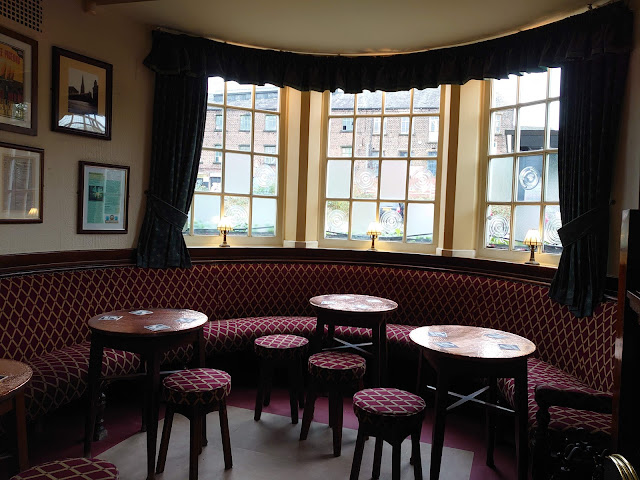 Which is why, yesterday, I caught the bus, went for a pint, met some friends, and went for a meal to celebrate a friend's 70th birthday. We had a lovely, convivial evening, a gang of us who go back a few years, served our drinks in Elland Craft and Tap across the road from the restaurant by another friend who was once the landlady of the pub where we all met many years ago. My newly 70 year old friend and another who is a few years older, both of whom live alone and who are both very active, were already hatching plans to beat any over 70's curfews should their movements be restricted. And, as for me, I will keep on living as normal a life as I can for as long as I can. As Belloc said in that famous quote, if you lose your pubs, you lose the heart of the country. And the figures show that once shut, many don't re-open. And that's without Covid-19. And along with the pub, we may lose the hairdresser, the corner shop, the butcher, the baker, the bicycle maker. The price of social exclusion, the fear and panic stirred up by the media, the threat to jobs across vast swathes of the country in all sections of the economy represents a real and existential threat to so much of what we all hold dear to us.

And so, let's appreciate the routine we've had. It may be a while before things are, if ever, the same....