January 28, 2020
Tap takeovers where one brewery takes over the pumps and taps of a particular establishment are common enough, but the Toon on Tour festival taking place in Halifax in February puts a different slant on things.... 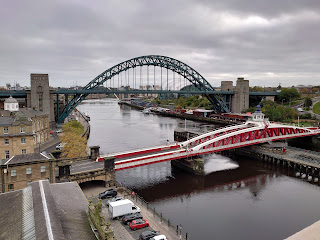 "Hi, Chris. Will you be calling in the bar/s this weekend? Got an idea I'd like to put to you." The text was from Michael Ainsworth. The idea was to have a city-based takeover of the pump and keg lines at the two bars he runs in the town, the Grayston Unity and The Meandering Bear. The first city he had in mind was Newcastle-upon-Tyne, a city that he knows that I love to visit. And that's where I came in. Would I be interested in curating the beers for the festival? I thought for a minute. I said yes.

There is something unique about Newcastle. The city, built on the side of the Tyne Valley, is full of stunning views. Bridges, roads, and railways pass below you, sometimes above. Grand old buildings give the city a sense of importance, and in Grey Street, the city possesses one of the grandest streets in all of England. The quays have changed beyond recognition; gone are the docks and warehouses to be replaced by cafes and bars and offices and prime-site apartments. Areas like the Ouseburn Valley are full of creative spaces where there once were workshops. You have the Metro to wizz you around from one place to another. The city feels important, a regional hub, the star at the heart of its own universe, its people proud of their city and their culture. And nowadays it is one of the finest drinking cities in the country, with some of the country's best pubs ranging from classic town pubs like the Crown Posada and The Bodega to suburban delights like the Cumberland Arms or the Free Trade Inn to friendly micros such as the Town Mouse and the Mean-Eyed Cat. A pint in the sunshine on the terrace at The Cumby, or at one of the windows at the Free Trade with its views over the Tyne, is one of life's great pleasures. 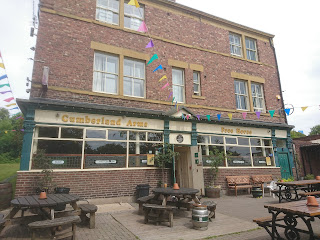 But it wasn't always like that. 40 years ago, the city was awash in a sea of nasty keg, when breweries such as Scottish and Newcastle and Federation held all the cards. Only a few flickering lights shone out, Vaux, in nearby Sunderland, and Camerons, further away in Hartlepool, brewed cask ales on any scale. Back then the taste in this part of the world was for ruby, fruity and malty bitters like Camerons Strongarm or Vaux's Maxim. There was always of course the old standby of a bottle of Newcastle Brown Ale, or Broon, to go to, but the situation was, generally, pretty dire. 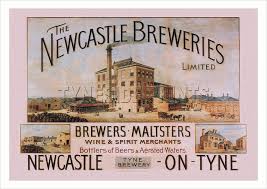 In 1982, the area got its first micro-brewery, Big Lamp, whose beers were available at the Royal Oak in Halifax for a while, and which is still brewing today. But it was a while before the area became the brewing centre it is today. In 2000, a small brewery called Wylam started out in Heddon-on-the-Wall, and as they grew, their beers became more widely available in the city's free houses. They moved to the stunning Palace of Arts in Exhibition Park on the edge of the city in 2016, and have continued to grow. Other breweries have sprung up, their brews covering every style imaginable from hazy New England pales to dark and smoky porters, such as Almasty, Firebrick, Tyne Bank, Northern Alchemy and Brinkburn Street. In 2018, one of the area's most popular breweries, Anarchy, moved from Morpeth to Benfield, whilst Two by Two and Cullercoats are based down the river at Wallsend. And that's just a few of them! 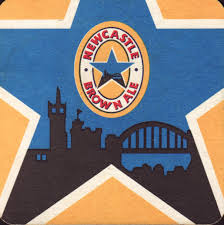 But don't worry if you can't get to Newcastle, this festival aims to bring you some of the city's best beer to Halifax, some from breweries that haven't been in the area before or only rarely. The final list of beers, based on what was available to order, were selected by Michael, Steve, and Chris at the bars, and there are some crackers due on:

The Toon On Tour Festival takes place between February 6th to 12th. Howay, yee'll have a canny time....