February 15, 2022
A Saturday afternoon visit to the Merrie City, as Wakefield has traditionally been known. And with its large number of pubs and bars, there certainly are some absolute belters to choose from. Here's where I went that afternoon.... 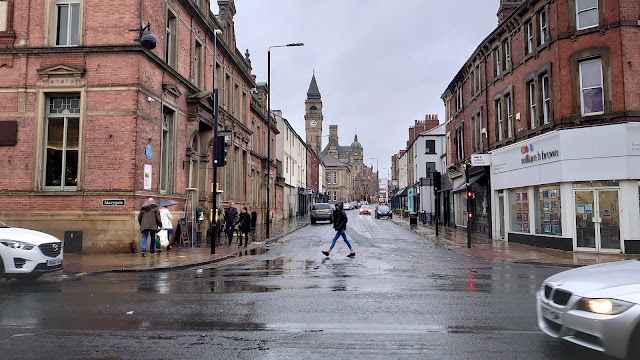 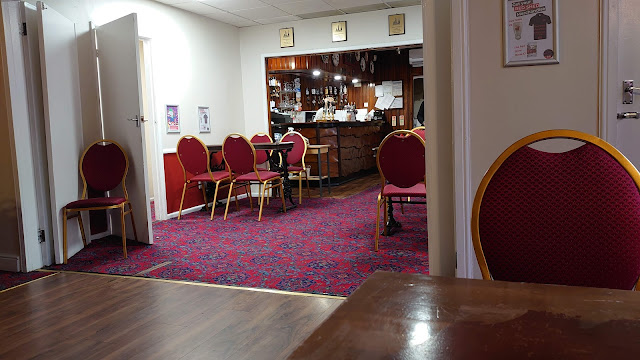 I decided to get another half, and this time went for the Mandarina from Durham Brewery. This was probably a mistake, as I realised too late that the Mandarina hop with its bitter orange notes isn't my favourite hop, but I still rated the beer NBSS 3. The lady who had served me came to say hello and and chat, which was nice, and I told her I was having a tour round a few of the city's pubs and that this was my first visit for a few years to the club, which is home to many union and community groups, and with CAMRA awards a-plenty above the bar as well as numerous union plates, it is evident that beer is a key priority as well. I enjoyed my visit and is another must-visit stop on any visit to the Merrie City.
The light was fading as I emerged into the evening air. People were scurrying by or waiting at bus stops, their business in the city done for the day. It was a few minutes walk to my final pub to conclude my day's work, situated just off Kirkgate, a few minutes walk from the eponymous station from where I was catching the train back to Brighouse. I had been in the place several times over the years under its previous guise as Fernandes, but since having a significant investment from owners Ossett, the bar has been re-furbished and re-opened as Luis Bar. Its name comes from a Portuguese immigrant, Luis Fernandes, who built the three-story building on Avison Yard in the 1800's. I walked in and up the stairs to find the bar busy, but when I got through there was a large bank of handpumps, many featuring beers brewed at the onsite Fernandes Brewery, but with others from mainly small local breweries. One of those was Tiger Tops and having started the day with one of theirs, I thought it would add a touch of symmetry to the day to finish with one. It was another pale, a 4.0% IPA called Van Life. And to round off a day of good beer, it was another 3.5 rating. Despite the place being pretty rammed, I found an empty table near the door near a couple with a large dog and another couple at a nearby table with about a dozen halves which they were studiously sipping and then writing notes about. 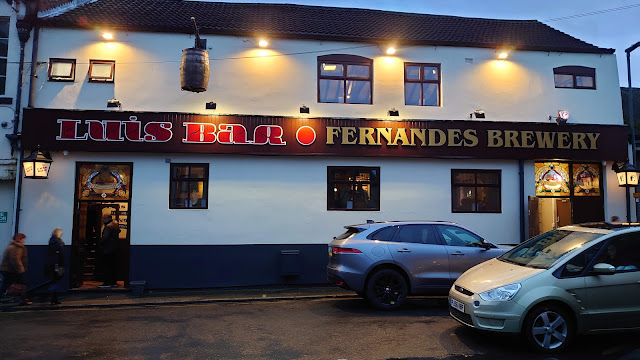 I'd been in Luis Bar a few months earlier between trains en route to Pontefract. It wasn't quite as busy, but it was earlier in the day. One of the people we saw there looked familiar to both me and one of the lads, and it turned out it was Liz who ran the Travellers at Hipperholme, near Halifax several years ago. With her husband Howard and and his business partner Gerald, they are running the bar, having signed Ossett's first ever tenancy agreement, and I wish them well as on both visits it has really impressed.
I had to dash as it was getting nearer to the time for the train. I needn't have worried, I made Kirkgate Station with a few minutes to spare, and as I stood waiting on that draughty platform for the Grand Central to come into view, I realised an afternoon in Wakefield had cheered me up considerably....
Follow me on twitter: @realalemusic