London Calling From A Faraway Town....

A trip to that London, 'the smoke' as it used to be called in those black and white TV cop programmes back in the 1960's. The reason? Well football, with the prospect of a new ground and hopefully another 3 points in the quest for promotion. Of course, some beer was likely to be involved.... 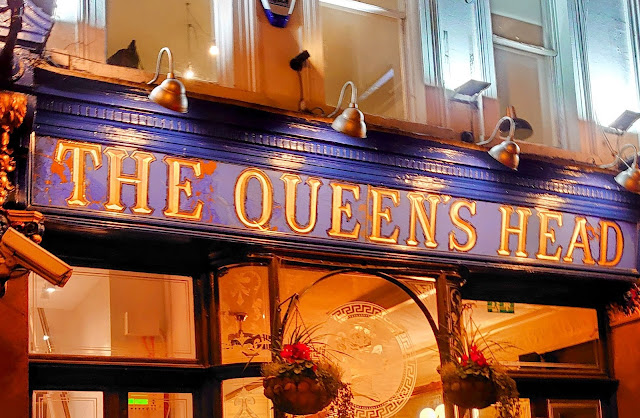 This wasn't my first trip to London this season. A few months ago, four of us set off on the Grand Central from West Yorkshire to Kings Cross with high hopes of at least a draw, and the prospect of a few pints as well. We arrived on time in the capital, and not long after we were on the tube to High Barnet on London's outer fringes to see Halifax Town play at Barnet. All was well, as a few spots and then little streams of rain garnished the outside of the carriage as our tube seamlessly emerged from underground to over ground. We arrived in High Barnet looking forward to the first pub that had been earmarked for a visit. A friend on his way back from France was due to join us, so a call was made to see where he was. Which is where it all started to go wrong....

My mate made the call. Our French connection had arrived in London. Great. He'd got parked up near the ground. Great, we'll see you shortly. That first pint was close. Then my mate's face fell. What's up, the rest of us wondered, puzzled, as he said we'd be there as soon as we could, and the call ended abruptly. It was then that we discovered that we were in the wrong part of London! Barnet FC had relocated several years ago to The Hive Sports Centre in Edgeware, which was about 6 miles away. We could get the tube back towards Central London, frustrating, as it would take a while, but with no obvious alternative that is what we did, as we tried to work out the best connection to use. We got talking to a guy who on hearing our predicament suggested we got an Uber, so discussing the best options we got off a couple of stops down the line at some forgettable North London suburb. None of us had a clue about Uber, but one of the lads downloaded the app and ordered one. Our spirits lifted as we stood in the station waiting room. Sure enough, a taxi appeared. There were four of us. He could only take three. Order an XL, he said, the time ticking by. We eventually got to Barnet's ground about 15 minutes before kick off after a ride through some of the affluent suburbs of North London, with the rain bordering on the torrential.