Out From The Fringes in Leeds....

October 17, 2021
Last week, I had booked a gig in Leeds for the first time in ages, and so I decided that I would take the opportunity to stop over in the city and have a wander around some of the city's pubs and bars before the gig. This is where I went.... 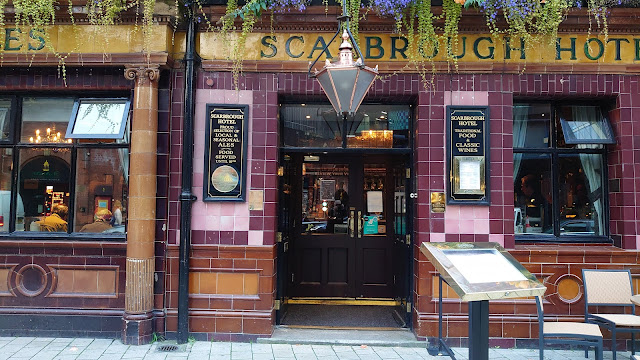 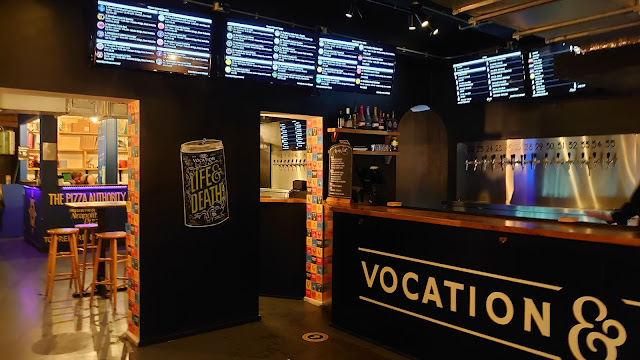 I ordered a taxi, and a few minutes later I was walking into the Brudenell Social Club, situated in the Hyde Park area of the city. It had been a while, and it was great to be back at this iconic venue which has also been in the Good Beer Guide for the quality of its beers for the past few years. The club manages to be both a major venue for the independent music scene and a community local at the same time, and as I walked into the main bar as is usually the case there was a queue at the bar and most of the tables in this large room were occupied. I joined the queue for the bar and ordered a pint of Kirkstall Pale, a regular here which was pretty decent (NBSS 3.5), and managed to find a spot to sit down. I was here to see South London duo, John, who were playing in the Community Room, the smaller of the two rooms used for gigs. There is also another room where I have seen a couple of gigs in the past, but it has since been designated as a Games Room. The club attracts a wide range of visitors, from passing gig goers to students to the older local popping in for a pint and a chat, and is well worth seeking out. Food-wise, they specialise in hearty pie and mash, but in the past I have visited when street food vendors have been present in the car park.
I ordered a half of Kirkstall Virtuous on keg, and because I was going into the gig it was served in a plastic glass. I checked in to the gig, and with the room about two-thirds full, I managed to get a spot close to the front. The band appeared on stage, and launched into their first number. Comprising one John on guitar and another John on drums and vocals, they play loud, shouty indie rock and considering there is only the two of them they make a lot of noise. They engaged well with the audience, and when their set, comprising tracks from their last album, Out Here on The Fringes, and their new one, Nocturnal Manoeuvres, finished after about 50 minutes, they left to loud applause. No encores, but they quickly came out to man the merchandise stall and chat to anyone who wanted to speak to them, no airs and graces, just two decent, down to earth lads doing it all independently. Check them out, they are good. 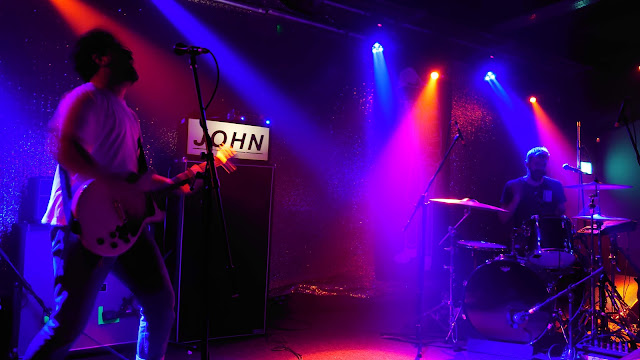 I ordered a taxi which appeared pretty quickly, and soon I was being dropped off at my hotel. Great to be back for a few drinks and a wander around Leeds, followed by a top gig at one of my favourite venues, and I look forward to doing it all again soon....
Follow me on twitter: @realalemusic