And All The Time The Clock Is Ticking....

June 19, 2020
The oft-quoted date of July 4th as being when pubs, restaurants, and other social spaces could re-open is fast-approaching, but with no clarity from the government it is looking increasingly likely that that date will not be achieved.... 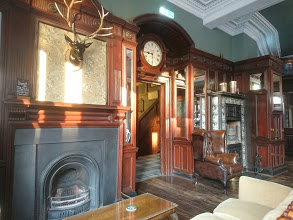 We shouldn't really be surprised.

The government's overall response to the pandemic has often been complacent, at times haphazard, riddled with inconsistencies, and sometimes downright confusing. It has regularly undermined its own advice with a succession of own goals and mixed messages emanating from a cast of characters that have contradicted themselves and shown in most cases that they are way out of their depth. A government, who on that form you wouldn't trust to organise a p!$$ up in a brewery, is continuing to cause massive uncertainty not just amongst breweries, but also pubs and the communities they support. Three weeks has been regularly stated by those in the industry as being the minimum time needed to get beer brewed, pubs fettled, stock ordered, and furloughed staff brought back and trained in the social distancing and hygiene protocols required. And as I write this there are just 15 days to go before July 4th.

Amidst this uncertainty though the industry has been fighting back. Earlier this week, co-ordinated by the British Beer and Pubs Association (BBPA), more than 50 companies in the pub and brewing industry wrote an open letter to the prime minister urging him to confirm when they would be able to open, fearing job losses that could run into hundreds of thousands and citing a figure of £100m that they are currently losing every month in the absence of any trade. And the previous week, a new group called the Campaign for Pubs, bringing together licensees, pub campaigners, customers, and small brewers, was set up to fight for the future of the nation's pubs in the face of predatory property developers, pub closures, and the challenges and risks exposed by Covid-19. The group will be led by its chair, publican Paul Crossman, licensee of the Swan, Slip, and Volunteer Arms in York, along with chair of the British Pub Confederation, Greg Mulholland. It will be run on a subscription-basis with the aim of bringing people together "to preserve pub culture and defend the key role pubs play in our communities, local economies, and in our history and heritage."

Meanwhile some companies have already started to prepare for whenever the pubs can open: here in Yorkshire, for example, Taylors and Ossett have started to brew beer on a meaningful scale again whilst some pub owners have started to bring staff back off furlough to plan for re-opening, although another point made in the BBPA letter to the PM was a request for guidance from the government in training staff for re-opening for the new normality. And here again there is cause for uncertainty: Britain's 2 metre social distancing requirement is the joint highest in the world and double the World Health Organisation's 1 metre recommendation. Last week the government set up a review into whether the UK limit should be reduced to a metre, which would make a significant difference to the ability of pubs to operate and their potential financial viability. But government reviews aren't renowned for their quick responses, thus adding to the state of limbo.
And all the time the clock is ticking. People - employees, employers, families, communities, suppliers - are worried about the impact the delay is having. Some pubs won't open again, whilst some breweries won't brew again as it stands now. The longer the uncertainty goes on, the more losses there will be. As a customer, I just want to know when I will be able to sit in a pub, enjoy a cracking pint of proper hand-pumped beer, have a catch up with friends, and just simply experience being there. But for those whose livelihoods depend on the pubs and bars being open, there needs to be some clarity and a schedule to work to.