April 04, 2019
Another UK brewery has been snapped up by a hungry multi-national conglomerate. And this time it is close to home. Here are some thoughts following Magic Rock's acquisition by Australian brewers, Lion.... 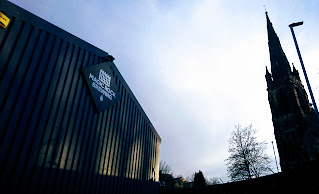 News broke the other day that one of the most influential brewers in the country, Magic Rock, based just down the road from me in Huddersfield, had become the latest to be taken over by a large multi-national concern, thus following in the footsteps of traditional brewers, Fullers, and craft breweries like Beavertown, Camden, and Meantime. This time the beneficiary is Australian company, Lion, whose biggest brands are Aussie favourites XXXX and Tooheys, and who in turn have Japanese owners in Kirin Holdings. And whilst a brewery like Magic Rock might seem an unlikely target for a volume, mass-market brewer, this is the second strike Lion have made on the UK craft beer market recently following their acquisition last year of Bermondsey brewers Fourpure.

So what are Lion getting for their money? Well, one of the most respected names in the UK craft brewing industry, the expertise that 8 years of being at the vanguard of what was new territory for the UK beer market when they started brings, and some established market-leading craft beers such as High Wire, Cannonball, and Salty Kiss. They were one of the first breweries in the country to introduce a regularly-open taproom at their brewery, and one of the first to commission eye-catching artwork for display on their pump clips and cans - cans filled with quality beer being another development that would have been laughed at had you suggested the idea at the time Magic Rock started out. A brewery that when I travel around the country and I tell people where I come from is regularly one of the first things they mention when trying to establish common ground.

I called in at the taproom last night, and free from the hordes that descend on it at weekends, there was a relaxed, almost chilled atmosphere, with just a few people dotted about. To their credit, Magic Rock haven't abandoned cask, and three beers were on, including the locally-popular Ringmaster, and Hat Trick, brewed in recognition of Huddersfield Town, whose relegation from the Premiership was confirmed within a few days of the takeover, and whose fans, with the ground a mere spit away, making up a large chunk of the visitors on match-days. On tap were about half a dozen different beers, including my own favourite, Salty Kiss, a deliciously tart gose-style beer. The staff were relaxed, polite, and friendly, not something you can say about every brewery tap, and if there were any concerns from them about the change of ownership, it wasn't evident.
The takeover does seem to have suited both parties, with Lion wanting access to the Magic Rock portfolio of beers, and Magic Rock needing investment to move forward. Magic Rock managing director Richard Burhouse wanted to ensure all the 45 jobs at the brewery would be safe and that Lion wouldn't interfere with the day-to-day running of the brewery and the beers. Lion will enable Magic Rock's beers to get exposure in other markets around the world. It seems that other interested parties had been sniffing around for a while, but  this was the first offer the brewery felt comfortable about accepting.

And whilst many of us tend to view new, small, and creative breweries through romantic, rose-tinted spectacles, we have to be realistic. This is not the first time, nor will it be the last,  that an ambitious brewery has been bought out. Any growing business will hit that point where in order to expand they need some outside investment, and it may be that the most acceptable source of that investment is from overseas. And whilst it may stir up emotional and in this case, patriotic concerns, I think we have to go with what Magic Rock say and allow time for the new relationship to bed in.  And let's face it, Magic Rock are still a young-ish company, with none of the centuries-old heritage of a company like Fullers, who sold out to Japanese brewers Asahi earlier this year incurring so much anger and sadness from many.
And not all takeovers are bad. I found out recently that one of my favourite breweries, Hawkshead, are now owned by Halewood International, the UK's biggest independent wine and spirit suppliers, whose founder, the late John Halewood, had an instinctive sense of where the market was going and would develop products that were (much-cheaper) versions of the latest hot brands to capitalise on the demand. He was the man who introduced Lambrini to the market and whose Ginger McCain-trained horse, Amberleigh House, triumphed in the 2004 Grand National. The company continued to grow following John's death, with one of their brands displaying typical relevance to the current market trends being Whitney Neill gin. Hawkshead founder Alex Brodie wanted to sell up, but wanted to find a company that would nurture and grow the brewery, with Halewood fitting the bill, unlikely as it may seem at face value(although they also own Midlands-based brewers, Slaters). And Alex, whilst taking a step back, still visits the brewery most days and keeps an eye on proceedings as Hawkshead continue to develop and remain one of the best breweries in the country.

So will it work for Magic Rock or will they disappear into the sunset? The takeover has only just happened, so it is too early to say, but the mood music coming from both Lion and Magic Rock seems to suggest that the intent is there from both parties to make it work. 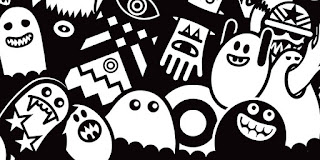