It's All Happening In Halifax....

October 11, 2022
The local festival season is in full swing with the Halifax and Calderdale Beer Festival taking place the other week, whilst upcoming this weekend is the first ever Town festival, a grassroots music festival curated by the Grayston Unity in Halifax which is taking place at several venues across the town.... 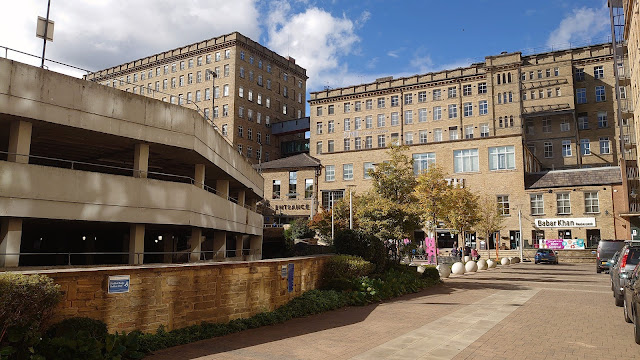 The Halifax and Calderdale CAMRA Beer Festival was held at the back end of September in the Viaduct Theatre, which is situated in the huge former mill complex of Dean Clough in Halifax. Stretching across the narrow Hebble Valley, the buildings that once housed the biggest carpet factory in the world, Crossleys, is now home to insurance companies, offices, bars, and restaurants, as well as the theatre, and is a thriving part of Halifax, situated just a few minutes' walk from the town centre.
It was the first beer festival that the branch had held since 2019, and over 60 cask ales were on offer, with 19 of them being served from a wooden cask which has become a regular and popular feature over the past few festivals. I had arranged to meet up with one of the guest speakers, Jane Stuart, on the Friday of the Festival, although a few days earlier I had been struck down with a heavy cold which did make my appearance touch and go until the day itself. 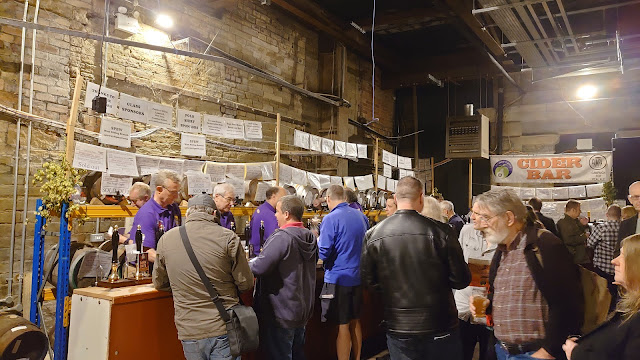