After my original plans were scuppered, I took a trip to a vibrant and bustling suburb a few miles to the west of Manchester city centre and found a group of bars, including some crackers which are well worth checking out. Here's what I discovered.... 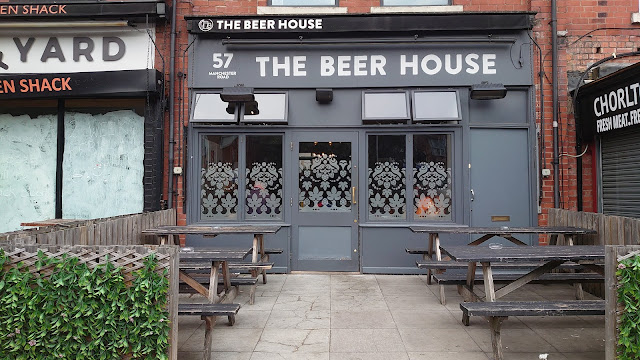 If my original plan had come off, I would have been telling you a completely different story about last week's wander. I had found out the previous night that Transpennine were running one cross-country train an hour in each direction through Brighouse, thus opening up the travel opportunities to far-flung places like Newcastle, Liverpool, and Scarborough for us locals. I had booked a trip the night before, but I had hardly taken a bite out of my sausage butty at the Station Cafe next door to Brighouse station when Trainline sent me a message saying that my train had been cancelled with barely 15 minutes to go before it was due. Surely they must have known when the train didn't set off from Manchester? So I had to replan. Where to go? Options to go east didn't seem to work out with the trains that were due, whilst I wasn't too fussed about going west as I already had a trip planned to visit Manchester in a couple of days time. In the end, I did get the train to Manchester - ironically, a Transpennine one - with a vague idea to go on somewhere once I landed. The whole situation wasn't ideal, but hey, there wasn't much I could do about it.
As the train rumbled towards Manchester, its final destination and only stop, I was going through the Good Beer Guide app to find somewhere to go. In the end I settled on Chorlton-cum-Hardy, where there was a decent number of bars I hadn't visited. It was case of getting off the train at Victoria, a short stroll to the tram stop, and with a day ticket bought, I joined the throng waiting for the East Didsbury-bound tram. Once on board, our route took us past the hulking shape of the town hall which is currently undergoing renovation, then high above the canal basins and converted warehouses around Castlefield, the ginormous modern apartment blocks as we crossed into Salford, then out past the shape of Old Trafford, and on to Chorlton (which seems to have largely dropped the 'Hardy' bit now which had been adopted by Victorian property developers to avoid confusion with the less salubrious inner city suburb of Chorlton-on-Medlock!). I alighted from the tram, and my first place of interest was there as I emerged from the station.
The place in question was The Chorlton Tap which was across on the other side of the busy Wilbraham Road. Once I made it over the road, I walked into a modern bar with pale blue-painted walls where the two people behind the bar, a guy in a pink t-shirt and a lass in a red blouse. were discussing a bad gig the guy had been to the night before in some detail. I did manage to order some beer during a gap in the story, a pint of Lush, a 4.4% hazy pale hopped with Azacca and Mosaic from Wander Beyond. I took my pint and at that point having the pick of the seating, I decided to sit at a long table by the window, overlooking some outdoor tables and the passing traffic. There was a decent soundtrack playing, people kept popping in, ordering from the brunch menu, or simply coming in for a lunchtime drink, as it gradually got busier. This is the tap for the Wander Beyond brewery, but in a previous life it was part of a small number of pubs and bars run by Marble. I rated the beer as a 3 on the National Beer Scoring System scale, and like the bar itself, made for a solid enough start to the day. 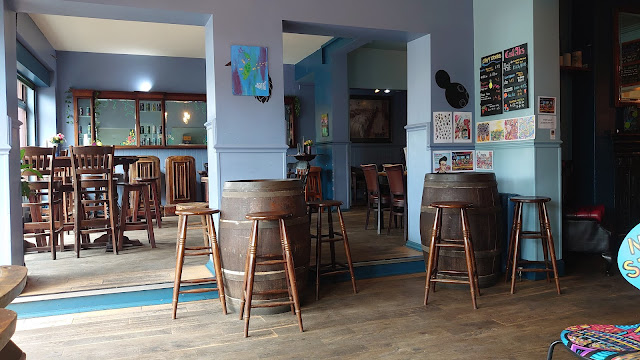 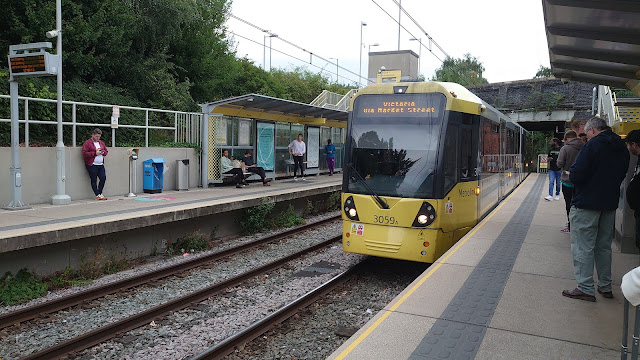