Ramblings From The Colne Valley....

Another tale from the wastes of lockdown, featuring an afternoon's wander along the Huddersfield Narrow Canal in the Colne Valley, and assorted ramblings about beer, pubs, and this and that.... 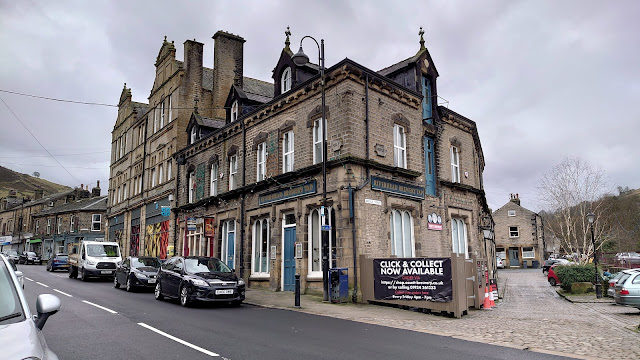 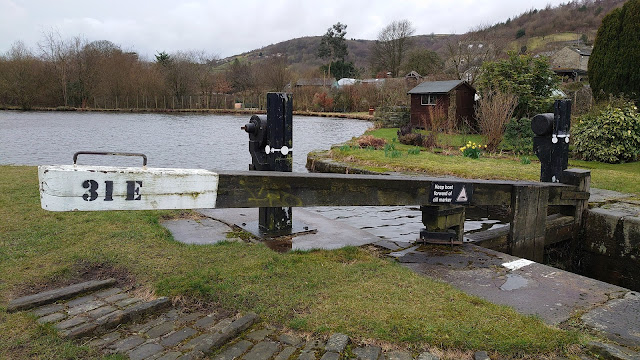 I crossed back over the bridge and turned up Warehouse Hill Road, making my way back to the canal towpath for the return journey to Slaithwaite. The walk back seemed quieter than the outward journey, with less people and dogs about. The canal travels through some lovely countryside and is certainly a more enjoyable journey than the drive along the main road along the valley, the A62, with its virtually constant 30mph speed limit, frequent traffic lights, and limited views from between the grey grit ribbon of houses, shops, and takeaways. The canal provides in abundance the sights and sounds of nature, and yet in some parts of the valley is only a stone's throw away from the main road. But with ever-changing views it offers a fascinating hour or two's escape, be it from lockdown or the rigours of normal life. I got back to Slaithwaite, checked the walking app on my phone, and found that the journey to Tunnel End and back, with a couple of deviations away from the canal, clocked in at 6.9 miles. 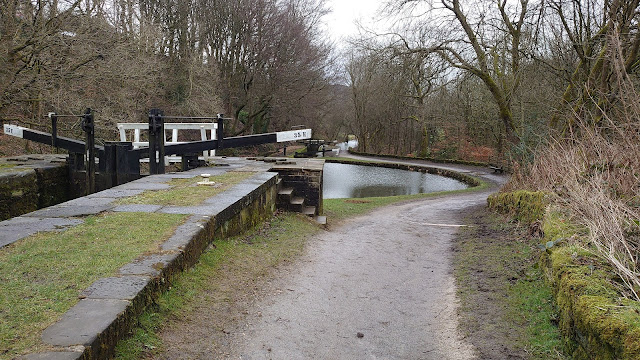 At the start of the walk I'd noticed that Empire Brewery, based in one of the old mills alongside the canal, were selling beers from their bottle shop, but when I got back it was all locked up, thus scuppering a half-formed plan to buy a couple of bottles to take home, a souvenir if you like of my trip to the Colne Valley. The pubs in the village were closed of course; no trade at the Commercial, the Silent Woman silent, an enforced cold shoulder from the Shoulder of Mutton. There was nothing else to do but head back home and reward my efforts with a pint from the weekend's mini keg of choice. But it is just not the same as drinking a celebratory pint in a pub at the end of a walk.
And that is one thing I am really looking forward to being able to do again.... 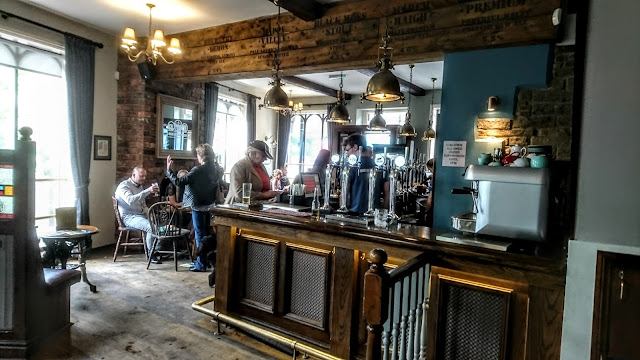