"And the January man comes round again in woollen clothes and boots of leather, to take another turn and walk along the icy road he knows so well. The January man is here for starting each and every year along the road forever."  Dave Goulder, The January Man. 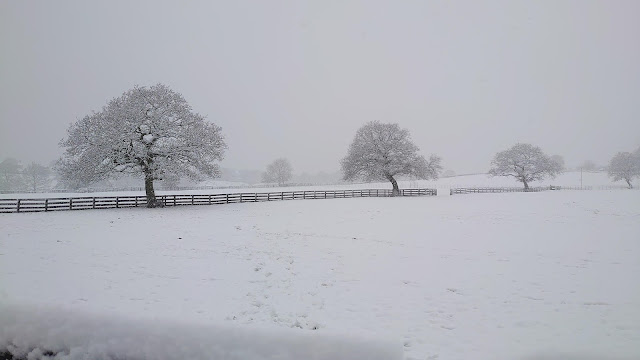 The start of a New Year. The beginning of the annual cycle, captured so eloquently in Dave Goulder's beautiful song.
Traditionally, January tends to be the most depressing month of the year, which this time around is playing out as even more miserable than ever as lockdown is carried over from 2020. Cold nights, dreary days, interspersed with shopping for essentials, visits to dependants, walks amid the gloom.
This January man would love to be sat right now in a warm pub with friends and some excellent hand-pumped beer or a hazy, juicy NEIPA from the taps. But alas, in these troublesome times, we can't do that. In any normal year, January though would have seen me moaning, and exhorting people to support their local pubs as those multiple scourges of post-Christmas ennui, Dry January, and/or the need-to-lose-some-pounds before that early Spring getaway kick in and the pub generally becomes quiet for a few weeks.
I have always done my bit to keep the pubs busy in these normally quiet months post-Christmas. Having my birthday in January helps, and any normal year would see a group of us heading to some neighbouring locality to celebrate and bring some post-festive cheer and help to swell the coffers of the local pubs and bars. Sadly, of course, that couldn't happen this year, and for a few days either side of the actual day, Facebook would throw up these memories from either mine or someone else's photos from one of our days out from a previous year, which only served to remind us all of what we were missing out on....
Still, I had ordered a mini keg of cask Marble Pint, and very good it was too, I thought, as I toasted my own Happy Birthday. A highlight had been bumping into a couple of friends in Sainsburys earlier in the day when in any normal year we would have met in the pub before catching the bus or train to our chosen destination. How things have changed.... And I know so many people have celebrated birthdays during lockdown, so I should stop moaning. And to put some perspective on to this, my daughter had to postpone her wedding, for Christ's sake, and people have lost loved ones and not been able to give them the send-off they deserved, so what's a non-special birthday in comparison?
But then January? A miserable month at best, made worse by the isolation. Even if I had spent my birthday sat in a pub on my own, the overall experience would have been all the better than drinking the best beer at home. The chatter from neighbouring tables, the clatter from the fruit machine as coins clatter for some lucky bandido, the whoosh, maybe a creak, and then the flow of liquid as another pint is poured, as a stopped clock maintains a silent vigil. The rows of bottles behind the bar, some to the fore on the optics, bottles and labels upturned. Knowing the location of every item behind the bar from the special offers scrawled on brightly-coloured star-shaped paper to the football card. The light in the fridge behind the bar that flickers as it clings on to dear life. The card of pork scratchings with one solitary bag that has been there for weeks. I miss the mundanity of it all. There may be a slightly distracted landlord leaning on the bar, studying the paper for the form for tomorrow's racing from Hexham, absent-mindedly whistling Strangers in the Night slightly out of tune as some crappy game show or Homes Under The Hammer plays out on an over-loud TV. Or a friendly and chatty bar keep - as they may be called these days - to engage you in conversation, the range of which may cover all sorts of things you would never have expected to talk about when you came in, and which subsequently means you can confidently hold your own in a conversation about the latest news on the soaps with the girls at work. Or maybe a random customer who you may or not know who you get chatting to about last night's football which then spirals into a discussion about the merits of dry flies versus using nymphs, before seamlessly shifting back to the football via observations on the inconveniences of the opening time of the local tip. I miss the richness of it all.
Today the snow came. A January event in many years, but this time with benefits. No need these days to drive over the Pennines for work and the stress and uncertainty that the journeys would inevitably bring. So I headed out for a walk, the views softened and evened out by the snowy blanket. The roads quiet, hardly any cars, and hardly any hardy souls out walking. The occasional drip from a tree, the sound of my boots crunching and first footing the fresh snow. It was great to be out, passing the fields and farms, but how much better to finish off with a pint in a pub by a fire to celebrate those few miles walked? Not there was any chance today, the doors firmly closed at the ones in the village as I walked past. 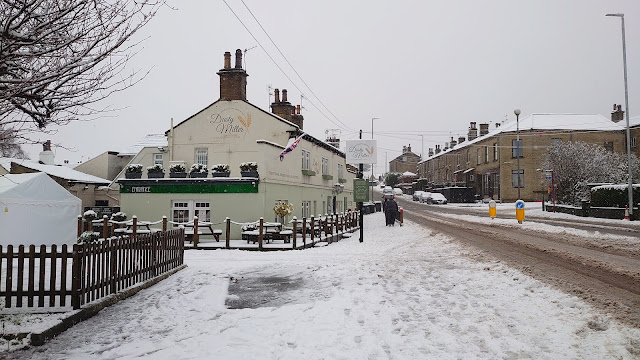 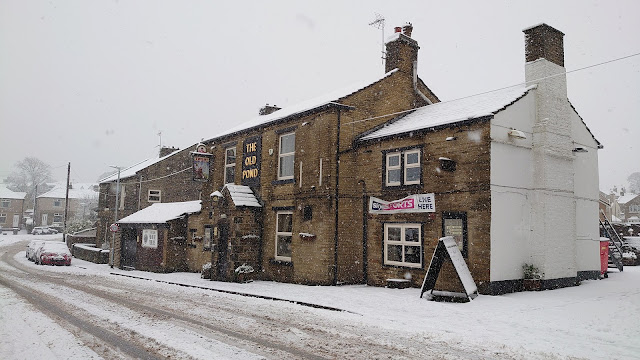 So this January man walked on by, back home, and had a consolatory can of Vocation Heart and Soul instead, as the steam rose off my discarded boots in the warmth of the kitchen. I put some David Bowie on, as of course this was the week 5 years ago that the great man passed away. And which no doubt added to the general mood and emptiness, as so many memories are wrapped up with the great man's music. And keeping to the Bowie theme, I noticed when perusing the Crafty Fox's can selection this week that the excellent Pomona Island had brought out a beer called Bibbity-Bobbity Hat, which references the lyrics of Queen Bitch, from the Hunky Dory album. A 5.3% pale ale, featuring Mosaic, Simcoe, and Chinook hops, there is a can now waiting for me in the fridge.
And of course, for the past few years, towards the end of January, I have headed over to the Manchester Beer Festival, one of the premier events in the country. It was three years ago, at the 2018 festival, that a certain fledgling brewery in Salford were being spoken about in reverential terms by those-in-the-know. I managed to try the two beers of theirs on offer, a porter and a 5.3% NZ Pale, both were excellent according to the blog I wrote about the festival, which sadly also included my tribute to Mark E. Smith, leader of the Fall, who had died that week. And so the world was introduced to Pomona Island, who have gone from strength to strength ever since, with a range of excellent beers, including the aforementioned NZ Pale, and who have maintained an impressive run of new can releases throughout the recent lockdown regimes.

The Manchester Festival was always something to look forward to after my birthday, another signpost towards the end of this depressing month. With January out of the way, get through February, then it's March, Spring, longer days, lighter nights...and hopefully open pubs!

Something that will be sure to raise a cheer from this January man....

And here is Christy Moore, with his version of  'The January Man'....