The Christmas We Get....

The Christmas we apparently deserve this year is one where we are slaves to the inconsistent, irrational Tier system. Or so it seems, as Covid, the gift that keeps on taking and then some, holds sway despite falling rates in previous hot spots and the imminent coming of the vaccine.... 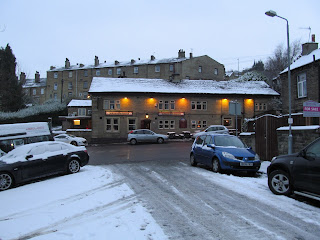 I shared a blog I wrote around 12 months ago on social media the other day, and in re-reading this tale of the pre-Christmas build-up, with its heady mix of shopping, a gig, and, primarily, visits to several pubs and bars, I was also saying how miserable and depressing the prevailing atmosphere of the time was. "And I think that this year with the country in its most miserable and fractured state that I can ever remember, Christmas can't come soon enough for so many of us" - I wrote in naive ignorance, totally oblivious to the delights that 2020 would, and continues to, deliver.

This year, unless you are lucky enough to live in Cornwall, the Isles of Scilly, the Isle of Wight, and now Herefordshire, your chances to enjoy this most-wonderful-time-of-the-year anywhere near to the full have been severely compromised. In a year when lives and businesses and so much of what we have taken for granted have been taken away or thrown into disarray, we are now facing a festive period that none of us, including the humble blogger, could have envisaged 12 months ago. The government-sanctioned give-your-loved-ones-Covid-for-Christmas-although-be-jolly-careful - set against a background where a relatively safe environment like a pub or a restaurant, even if your tier allows it, comes second-best to the likely more relaxed approach that will arise in the comfort of our own homes for up to 5 days. Hey, nobody said it was easy, but there are so many contradictions and anomalies in what we are advised/supposed/encouraged to do, and how we, and the powers-that-be, interpret them.

I thought back to the Christmas build-up in years gone by. By now plans would have been made, plots hatched, meet-ups arranged, the odd meal booked with the pre-Christmas festivities starting to get into full swing. The catch-up with friends, the works 'do', the joys of 'Mad Friday', all part of the December social scene. Except that, for most of us, they won't happen except in a very weakly diluted form. The dreaded Mad Friday, when hordes of people, many of whom are ones who hardly go out from one year to the next, descend on our towns and cities creating no-go areas for the unsuspecting, the uninitiated, and the unwilling, will this year be non-existent. And whilst for many town-centre bars and pubs it can create mayhem and increased stress levels for staff, I bet there aren't many places that wouldn't trade the emptiness of this year for even a fraction of the Mad Friday action. It's a part of Christmas that, however alien to so many, still encapsulates the spirit of festivity. 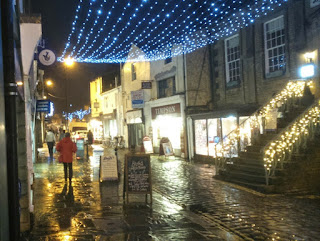 And then the works do, likely as not recreated this year as a catch-up on Zoom or Teams. The on-screen boxes that have become the norm for so many of us this year now put to use to capture the spirit of Christmas. The Christmas do's of years gone by when you could let your hair down with your workmates, chat to people you'd normally only nod to during the rest of the year, bond over a beer, whinge over a wine, or fall out as some long-simmering feud rears its head again are but a memory of the past. I have been at Christmas do's in years gone by when disagreements have spilled over into fights as too much ale and the wrong word leads to a flashpoint, the cause of which is long forgotten the following day when the black eyes and bust lips are coming up nicely. The budding romances, the secret liaisons now revealed, emboldened by the Christmas spirit. The strutting and posing and dad-dancing as the music takes hold, annoying the ones who want a proper dance; I used to love being a DJ at Christmas, the sights you used to see but also the smiles on the faces as the first notes of a familiar tune brought a rush to the dance floor once the food had been attacked. Not much of this likely after a Zoom party; no going on 'somewhere else' for another drink. No optimistic taxi ride to a far-flung suburb of another town accompanying your new friend, only to be followed by a sobering return journey on your own. That spirit of Christmas almost tangible then, the excitement, the taste, for one year at least consigned to be memories, now reduced to a sanitised affair without mistletoe and barely a cracker in sight.

And so, here it is, Merry Christmas, everybody's having fun. The Christmas Day pint. The day we all wear our latest Christmas jumper, the circuit around a number of pubs in town, early start, as near to 11 as possible with the need to get to your Christmas dinner at the appointed time. Those welcome, unexpected faces, maybe out for a swift half, or returning to stay with family from some far-flung part of the country. Kids in the corner, playing with a favoured present whilst mum and dad have a drink before mum goes back to put the potatoes on. The handshakes, the hugs, the seasonal glad-handing; a chance to catch up then it's time to move on. To the next place and more of the same. A free drink, a mince pie maybe. Talking turkey, or maybe its curry - "we're having beef this year for a change". The top shelf is breached, a toast to be drunk for those no longer with us, the list sadly longer than the same time last year. But this year it will have to be another drink at home, a silent toast for so many. Here's to Christmas Past and those we have lost.

I bumped into Rob, the landlord of my local pub, the Dusty Miller (pictured above) the other day. He has decorated the building outside, the lights bringing some festive cheer to the village. He was saying that they had decorated the pub inside as well in the hope that we would move into Tier 2 when the next review was held. And knowing how much work is involved, it is a shame it has turned out to have been a wasted effort. Never will so much tinsel have been applied and a staple gun fired in such a lost cause. Even if it had meant gorging myself on more food than I would have really wanted, it would have been nice just to be able to see some people and wish them a happy Christmas face to face rather than doing it through a computer screen or in some damp and cold car park or field.

But as Covid has caused so much disruption and misery for so much of this year, it was almost inevitable that the Christmas we were to get would follow the same pattern. 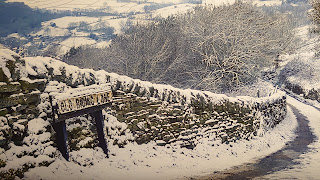