Moving from a State of Separation....

May 25, 2020
There has been a lot of talk and speculation this week about pubs re-opening as two brewing giants agree to join forces.... 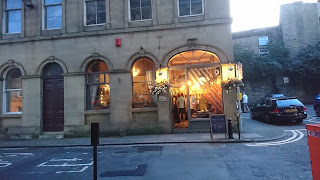 The Government hinted the other week in one of their infamous daily briefings that from July it may be possible for some establishments in the hospitality trade to begin to open, particularly those with beer gardens or some other outdoor drinking area. Under strict guidelines of course, and maintaining social distancing protocols. But how? Suggestions have included no drinking at the bar, plastic screens between tables, single use glasses, contactless payments, table service, time limits customers could spend there, staff deployed to clean and uphold social distancing, one way systems, etc, Plenty of thoughts have been circulating over the past few days about how it could all work.

Whatever form it takes it is almost inevitable there will be financial implications. The social distancing rules as they currently stand seriously limit how many people could be on the premises at one time, which could mean it isn't viable to even bother opening. If the two metre rule was relaxed to the World Health Organisation's recommended one metre limit, that could make a massive difference. I am dead against plastic screens as that would significantly alter both the atmosphere and character of some of our special buildings. Most of the other suggestions I could live with; contactless payments, whilst it won't suit all customers, has become pretty standard now, table service takes me back to Saturday nights in some of the pubs when I moved to Manchester in the 70's - although we came across it last year in the excellent Doctor's Orders micro pub in Nottingham. I do like drinking at the bar; particularly if you are on your own and you know the staff and you can have a laugh or a chat with them, or simply to enjoy the theatre of it all, but if I have to back off for a while, fair enough.
But in saying all this, I don't think we should rush into opening up for the sake of it. A good pub needs to be welcoming with an atmosphere and environment - and good beer of course - that make you want to linger. If it takes a little longer and we can get somewhere approaching what we had before then that would be better than some kind of no-man's land twixt an off-licence and a cafe with an approach more focussed on containment than customer experience. And of course, people will respond to re-opening at different rates, Some will rush back, others will take longer to feel it is safe to do so, and there will be some who never go back, happier and feeling safer in their own homes. One thing is for certain; whenever pubs do open once more, it will be a long time before they are back to what they were like pre-lockdown, if ever they are. And then of course there will be many that probably won't ever see the light of day again .... 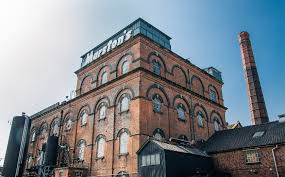 Meanwhile, it appears that there have been plenty of Zoom calls taking place between the management of Carlsberg and Marstons of late, so much so that the two companies have just announced that they are to merge. The new company will, imaginatively, be called the Carlsberg Marstons Brewing Company, of which Carlsberg will own 60%, with Marstons having 40% plus a cash payment of up to £273 million which will help offset part of their whopping debts of £1.4 billion. And so, like Greene King and Fullers last year, a leading British brewer has now fallen into overseas hands, meaning that we are now in a situation where those punk upstarts from Ellon, near Aberdeen, Brewdog, have become the biggest wholly-British-owned brewers!

My first memories of Marstons go back to my Manchester days. Back in the 70's, there were several of their pubs dotted around the city and its suburbs, with the Red Lion at Withington a regular haunt. Another notable one was the Royal Oak in Didsbury, which every lunchtime served up an amazing cheeseboard. Back in those days, beers available included Pedigree, a premium bitter weighing in at 4.5%, which made a great accompaniment to the cheese. Back then, Marstons also used to produce a mild called Merry Monk, which was not far behind in strength at 4.3%, and their strong old ale, Owd Rodger was around 8.6%, although today it is down to a more modest 7.6% ABV. And as is the current fashion, Pedigree itself is now billed as a 4.3% Amber Ale rather than using the B word.
So should we be concerned? Well, Marstons for all their voracious appetite for swallowing up breweries and brands have at least generally let the breweries carry on, with a few tweaks and the odd bit of rationalising slow sellers. So the likes of Ringwood and Jennings have carried on, just as larger operations like Banks and Wychwood have done, plus of course the Marstons Brewery itself,  home of the unique Burton Union brewing system. And aside from their own brands like Pedigree, Hobgoblin, Banks's Mild, Cumberland Bitter, Charles Wells Bombardier, and Thwaites' Wainwright, Marstons also contract brew several brands on behalf of other companies - with Draught Bass, owned by AB Inbev, the most famous.

However, another brand that the Marstons group contract brew is Tetleys, with their bitter and mild now being produced by Banks'. Tetleys is of course owned by Carlsberg, who took over the Leeds-based brewer in 1998, closing the 186-year old brewery in 2011, and their treatment of the brand and its heritage has been shoddy. The brand has lost its way despite several attempts to revive it, although being only one of a handful of ales within the huge Carlsberg portfolio of 687 products can't have helped. From that point of view, the Marstons range will go a small way to flesh that offer out, but it has to be a strong possibility that some of the more peripheral breweries like Jennings and the Eagle Brewery in Bedford could well be deemed surplus to requirements along with a host of the current beer range.

Another concern has to be the potential for smaller breweries being squeezed off the bars of free houses due to the increased access that Marstons will gain as a result of this merger. And in the post-Covid era, with the possibility that many landlords will decide to take the safest options, the opportunity to offer strong established brands backed up with marketing support over more localised or newer beers from a smaller, less-established company may be too much of a temptation.

As ever, it is us, the customers, who will end up paying the price....